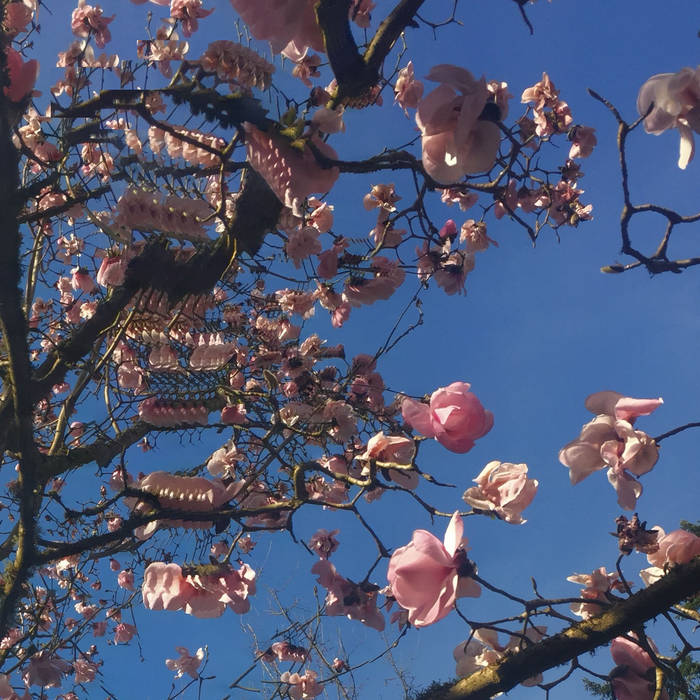 “I have noticed that when a cat has kittens, my friends give away the kittens and keep the cat. Which has always baffled me: in the same situation, I would give the cat away and keep the kittens. Which is more sentimental? A longstanding, associative relationship with a cat, a relationship of nuance and memory, the language---if you can call it that---of shared experience, or my own attachment to something that is more like a symbol, the feeling I have when I hold a kitten that here is something that has acquired a PhD in cuteness?” – Mary Ruefle, "On Sentimentality"

Sentimentality was recorded between March 2017 and April 2018.

The first track “A Sentimental Mood” is based off of “In a Sentimental Mood” by Duke Ellington. I kept only the general “shape” of the main melodic line, but did not counterpart it with its specific notes or normal chord changes. The bass and piano parts were created by running the guitar part through Logic 9’s “audio to score” feature, which is normally meant to interpret monophonic sounds. The system attempting to sparse out notes in the polyphony yielded unpredictable notes that I reincorporated back into the piece. I played both guitar and drums otherwise. The title change is meant to refer to a certain a/symmetry of which I tried to shape the album. “A Sentimental Mood” shares a similar compositional structure to the final song, “Who’s Gonna Save Us Now?”, and I originally wanted a perfect symmetry, but despite my best efforts could never land on one. I ended up with the semi-symmetry that takes over the whole album. So “asymmetry” might be the wrong word actually. “Semi-“ or “failed-“ symmetry might work better.

The second track “Causeless Emotion” is a reversed track I never used stemming back from I think 2015, making the first sentence of this write-up a lie. The titles comes from the essay/lecture from Mary Ruefle above, which is the working definition she uses for “sentimentality” (of which she cites to the novelist John Gardner).

“Galaxy Magnolia” refers to what might be my favorite type of magnolia, and is created from a guitar improvisation over composed piano melodies. The drums were recorded last in an attempt to underlie a sense of urgency beneath a soft ambient quality, similar to the temporary nature of spring blossoming flowers. It’s effectively how I feel whenever spring arrives: I rush to spend as much time among the beautiful scenery, knowing that with a strong wind or rain, I may only be able to see these flowers for two weeks to a month.

“April Day” was written originally as a 4-part composition for guitars and drums. After recording this and not being too happy with the results, I subjected the 4 separate recorded parts to chance operations, separating each into 5 second intervals, and then arranging when they would “appear” by way of a system created with standard playing dice. It’s dedicated to Morton Feldman (even though he would probably hate it,), as he was the main inspiration for the original method of composition.

“June Day” is performed with close mic’d drums, tenor guitar, and KOMA Field Kit radio static and contact mic on work desk). It originally featured vocals, but those got cut as I felt they distracted from the melodic shape of the tenor guitar part. Oh well.

“Photograph Mix” was created using two guitars, with one of those guitar hooked up to a radio search function on the KOMA Field Kit. Basically volume triggers a radio search, so as the guitar plays the radio flips through channels. Dynamic also has an effect on where the search lands. The ending incorporated a homemade bass frequency dual oscillator, controlled by photocell resistors.


“Who’s Gonna Save Us Now?” as stated earlier, is meant to have a similar structural shape to that of the first song. It takes chord changes, bridge, chorus, and one lyrical line from a song called “Praise the Lord and Pass the Ammunition” by the Men (no relation to the 1942 Frank Loesser song). Obviously, it deviates pretty greatly, and I’ve extracted these elements in a way to build changes off of. The lyrics of the original, at least some of those that I can make out, are occasionally king of cringey, but I really like the abstraction of the title line as it stands on its own. Some of the sounds heard on this song come from a knitting machine being “played” by Diana Pembor. I hooked contact mics to it and integrated sounds back into the mix as she was working on developing a wool pattern.

This album is dedicated to both Ornette Coleman and Glenn Branca, without whom I feel like I would be a very, very lost person.

All instruments recorded by Alex Reed Wilson. Midi piano and upright bass produced by glitches in Logic 9's "audio to score" function. Diana Pembor plays the knitting machine on "Who's Gonna Save Us Now?"

Track 1 based off of "In a Sentimental Mood" by Duke Ellington
Track 7 based off of "Praise the Lord and Pass the Ammunition" by the Men.